Still stunned by what I’ve seen inside the Emirates Palace, my soul just cannot contain how pleasing to the eyes these ginormous masterpiece that glint from the warm rays of the sunset just in front of us. The “Etihad Towers”,the capital city of the United Arab Emirates features a hote/ residential area, office spaces and some newly opened restaurants. Tower 2 is known as the 2nd tallest building here in Abu Dhabi and have an observation deck which is accessible through the hotel. 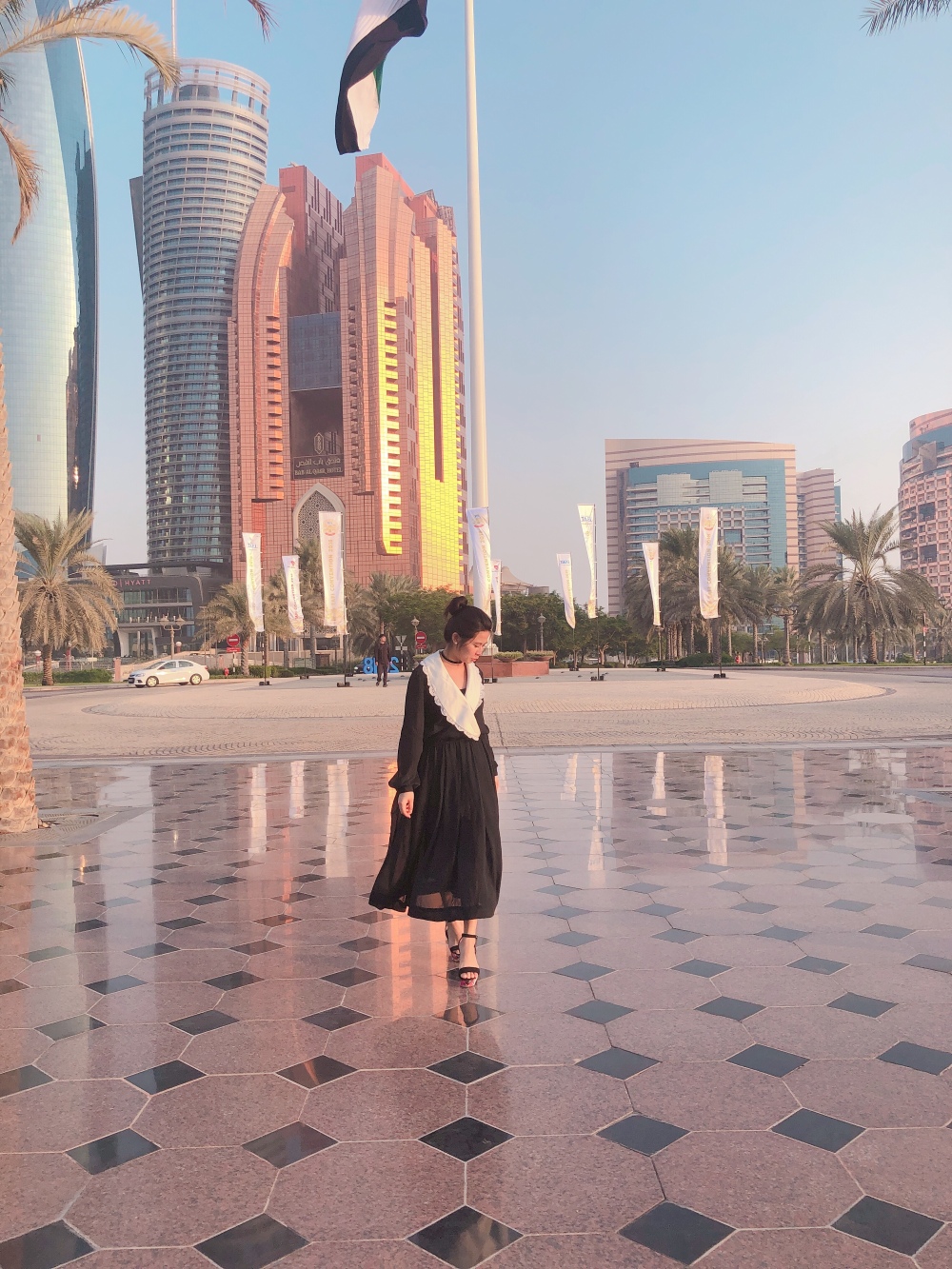 That same day before we left,I change my outfit to this long black dress (Thrifted) which looks like a ”filipiniana” from the Spanish Era. I need to at least look conservative for the next destination and because a good citizen needs to follow proper dress code. Though the weather is tremendously hot, the dress was very comfortable because it was made from a chiffon fabric. I added a choker( H&M) to pair with the dress,use the same bag and sandals for the rest of the day then to finish the look I just tied my hair in a bun.

Furious 7 was also filmed here where in “Paul Walker stole a Lyman Hypersport and drive through three of the towers!” I had to look over that scene again so here is a screenshot.